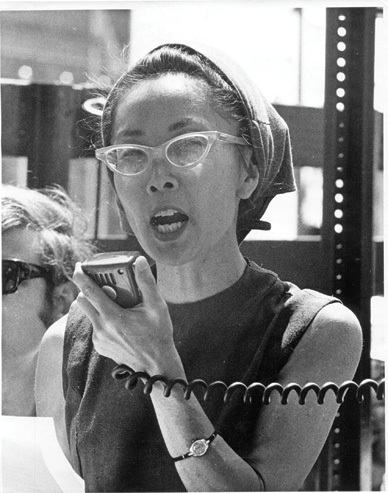 ‘I Want the Wide American Earth’

A new exhibition will employ words, art and technology to tell the diverse stories of Asian Pacific Americans.

by CHELSEA HAWKINS
This story originally published in May 2013.

The six-week exhibition, “I Want the Wide American Earth,” opened in Washington, D.C., on May 4 and will run until June 28, before heading over to Los Angeles’ Japanese American National Museum in September, the first leg of its three-year, multi-city tour.

The exhibit will look back on the contributions of early immigrant communities from Asian laborers who helped to construct the Transcontinental Railroad to farmworkers who helped build the nation’s agricultural industry. Meanwhile, it will also explore the community’s struggle for civil rights, as APAs fought exclusionary laws that severely limited or denied new immigrants entrance to the U.S., and against such racist policies as the internment of Japanese Americans during World War II.

Today, Asian Pacific Americans make up more than 5 percent of the U.S. population, that is, roughly, 17 million people whose ancestral roots represent over 50 percent of the world. “I Want the Wide American Earth” will include many influential Korean Americans, such as the highly decorated WWII and Korean War combat veteran, the late Colonel Young Oak Kim, award-winning novelist Chang-Rae Lee, DC Comics Co-Publisher Jim Lee and comedian Margaret Cho.

Davis said that visitors can expect a “rich visual experience with compelling, often surprising stories.” How many people, for example, are aware that Asians fought on both sides of the Civil War? He said, personally, his favorite part of the exhibition is the visual storytelling from artists. He described Issei, an oil painting by Laura Kina that depicts the ghost of her great, great grandmother, and evokes “the hard realities of labor and the rich tradition of obake ghost stories.

“It reminds us of the material contributions Asian Pacific Americans have made to our country, but it also suggests the way in which their stories have been made invisible and still ‘haunt’ us,” Davis said. “The painting’s special because it says all of this without saying it. I don’t think you can walk past it without stopping.”

“I Want the Wide American Earth” is also a multimedia experience, and the Smithsonian will offer a free 14-page e-book, converting the exhibit into a downloadable digital format. The museum is collaborating with SI Universe, which produced the first-ever Asian Pacific American comic anthology, to create the e-book. “The e-book also represents an important opportunity to give Asian Pacific American comic artists the chance to put an exciting visual spin on our cultural histories,” Davis said.

Visitors to the museum will also be able to download a walking tour app to their smart phone. The mobile tour will include interviews with figures like Chinese American author Maxine Hong Kingston, Indian American community activist Deepa Iyer and retired U.S. Major General Antonio Taguba, a Filipino American.

“I Want the Wide American Earth” was inspired from Filipino American writer Carlos Bulosan’s poem of the same name. Lines from the poem read: